United Parcel Services (UPS) is one of the early adopters of the Internet of Things (IoT) in enterprise applications. It installed GPS in its vehicles in 2008. The company has developed an On-Road Integrated Optimization and Navigation (ORION) system. It tracks the shortest and the most fuel-efficient routes for delivery vehicles.

Siemens deploys IoT to track the efficiency and monitor the wind turbines. They have installed sensors on the turbines to consistently supervise the turbines and protect them from any wind damage. It provides an upper hand in monitoring the wind turbines in areas where maintenance crews are not easily accessible.

Telaqua, a remote control solution for the agricultural industry, is a prime example of using Python in IoT development. It improves water consumption in farming, monitors efficiency, and ensures that the system works according to the schedule. By using Python for IoT, they have created an amazing solution.

The software product engineering company developed Telaqua using Python for IoT projects in its backend technology stack. It created an automated irrigation system to minimize the involvement of farmers in monitoring the irrigation of the cropland. A real-time database enables data interchange between the device and the frontend.

Python and IoT: The Interconnect Market

48.07% of developers use Python to create applications and solutions. The technology is the fourth most used programming language by developers worldwide. Python for enterprise web applications has amazing coding capabilities and functions that make it the desired choice for every developer.

Python is the second fastest growing IT skill on the Devskiller Talent Score, with a growth rate of 154%. It shows the demand by enterprises that require Python developers for application development. Thus, choosing Python for enterprise applications is now a priority.

On the other hand, the Internet of Things market is projected to reach $1.1 trillion by 2023. The rise in the demand for interconnected devices and systems for enterprise management is the direct cause of such a dramatic increase.

Smart city technologies, products, and services will result in a global revenue of $129 billion by the end of 2022. Smart city projects are creating a connected ecosystem of devices that interlink the city to public services with ease.

Python for IoT: Yay or Nay?

The Internet of Things(IoT) works with a huge amount of data. The good thing is – Python has seamless execution when it comes to data. It is one of the best programming languages for big data and Machine Learning (which also has tons of datasets).

IoT prototypes need to be designed quickly to achieve market feedback. Therefore, programming the IoT device and creating the backend must be done much faster. Python is a highly scalable, performance-oriented, and fast programming language. It makes complete sense to utilize Python for IoT solutions.

Python for IoT edge devices also makes sense because IoT involves tons of data. The programming language reduces the volume of data to be dealt with. It enables developers to easily access the data in the cloud. Python for enterprise business is perfect for projects that require actuators, sensors, and accessories.

Implementations in Python and IoT are not easy and require experts and engineers who can build interconnected systems. Such experts execute amazing technologies and build IoT solutions at Tntra. You can consult them for FREE. 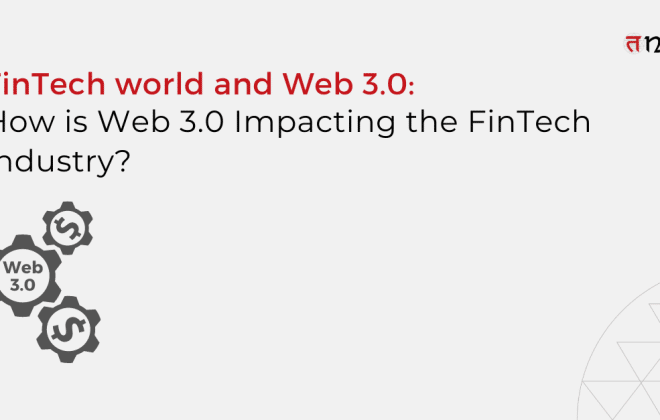 FinTech world and Web 3.0: How is Web 3.0 Impacting the FinTech Industry?

FinTech Companies Can’t Stay Away from Python Anymore. Here’s Why